Massimo's love for art and design was born from his home town of Sicily, Palermo.

He studied at the Academy of Fine Arts in Milan, where he discovered his passion for industrial and Eco-design.

Massimo spent ten years in the Italian television industry, working as a set designer for the government television network RAI.

In the period in which he was attending the Academy, he began to be attracted to the magic in transforming post-consumer material into something new and useful. The idea of MXC Project was born. This project sees post-consumer objects, which, no longer useful in their original function, are being reinvented into something completely different.

Massimo Corsini transforms discarded aluminium cans into dramatic light fixtures, which are born out of a love of providing a double life to things. He considered his own environmental impact and as an industrial designer wanted to use his creativity to provide life to his waste.

Junked aluminium cans, of no use or value anymore, are given a second chance: they are cared for, transformed, manipulated and designed to become functional objects again. It is a metamorphosis process, carefully guided by the vivid imagination and the talented hands of its creator, Massimo Corsini, an Italian designer

Massimo is fascinated by the act of transforming an object at the end of its life into something new,unique, refined and functional.

This thinking led him to look beyond an object’s perceived social value and consider a new possibility and dimension for the object.

Massimo hand carves thousands of aluminium cans to construct his light fittings. Each fitting is crafted using one element of the can which provides the basis to Massimo's lights.

Lives and works in Melbourne from 2015. 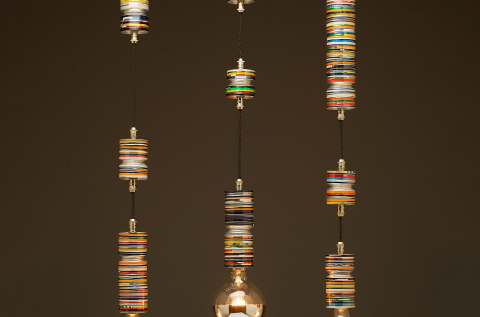 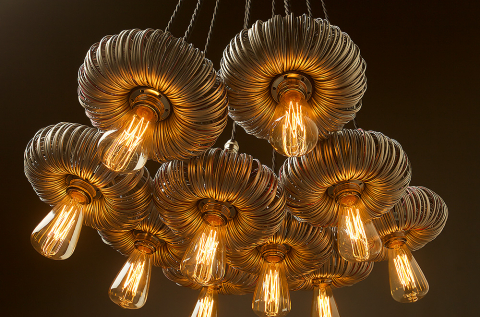 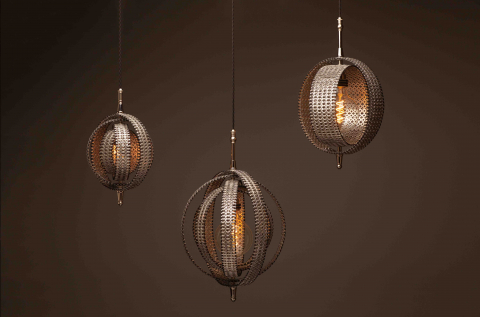 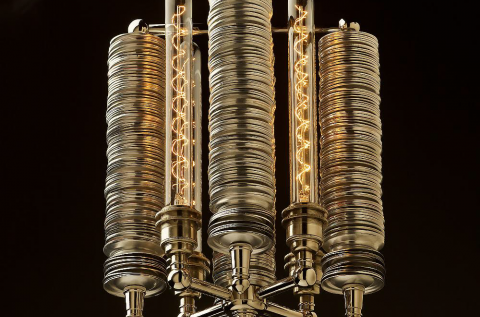