Full Light, an exhibition by Rhys Cousins and Lucy Maddox at Assembly Point, is showing until 30 August 2021. 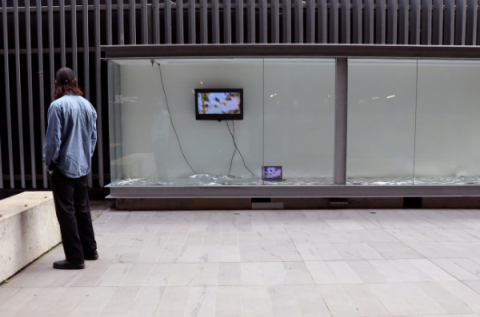 How can light be used to express texture? “Full Light” is a new installation work by Rhys Cousins and Lucy Maddox at Assembly Point. They are two members of the collective Tangere, a group whose name means “to elicit emotion through touch.” A landscape architect, Rhys’ work looks at touch and connection from the perspective of urban textures, while Lucy, a figurative painter and printmaker, explores this concept through representational two-dimensional works.

While they come from wildly different artistic backgrounds, Rhys and Lucy find new outcomes at the intersections of their respective practices, an emerging digital art form called generative art, and “Full Light” is an exciting example of this. Generative art is created by combining human-driven input with algorithmic decisions made by a computer program. The result is an exciting mix of figuration and abstraction, surfaces and imagery that seem both realistic and unfamiliar.

However, digital art is still essentially ones and zeroes, artificial imagery that cannot be touched, and placing these works behind glass makes them more untouchable still. So how can an “untouchable” installation explore the idea of touch?

For this installation, the artists shot short videos of textural surfaces in Melbourne and the way sunlight affected them, such as waves sparkling off the shore or wet glittering pavement after a rainstorm. These were put into a program called Touch Designer and then manipulated in behaviour and aesthetic into unique video work, displayed on screens in each of Assembly Point’s vitrines. While screens are traditionally seen as a purely visual medium, in “Full Light” they are presented in a tactile way; the generative art they present creates new textures that move and breathe. The wrinkled Mylar that lines the vitrines adds to the tactility of the installation, and its reflective surface augments and extends the screen’s surface.

The effect is an installation that draws the viewer in, creating a desire to run one’s fingers over the undulating digital planes or the shiny Mylar curves. However, the only thing that can enter this exhibition space is the sunlight itself. The push-pull concept of “Full Light” is related to Coloumb repulsion, a term in physics that refers to the fact that objects with the same charge will push away from one another. Our childhood experiments with magnets show that the same charges, negative or positive, repulse one another. Similarly, the negatively-charged electrons in our own bodies push against the electrons within any other object. This means that we never truly “touch” anything; while we may feel the sensation our fingers are actually hovering above at an infinitesimally minute distance.

Viewers of “Full Light” are equally kept at a distance, wanting to touch but being unable to. External light and its effects, including viewers’ own reflections, are the only objects that can enter the space and physically interact with the work. Come and reflect (both literally and metaphorically) on “Full Light” at Assembly Point, on until August 30th. 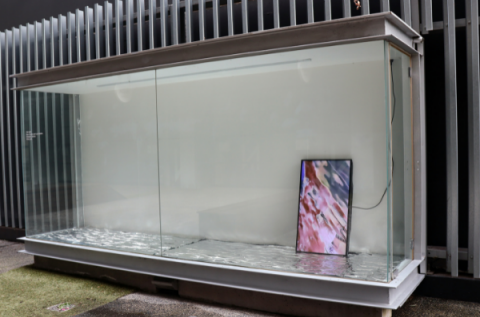 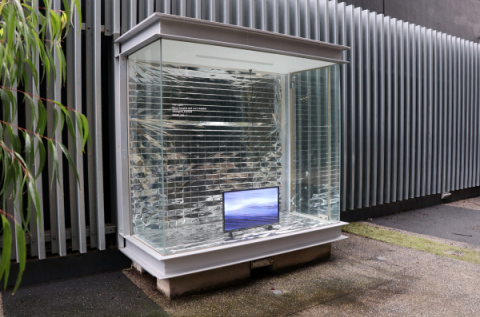 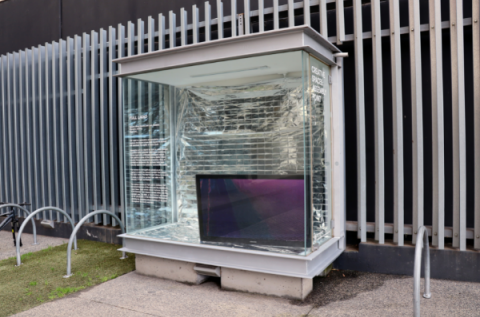 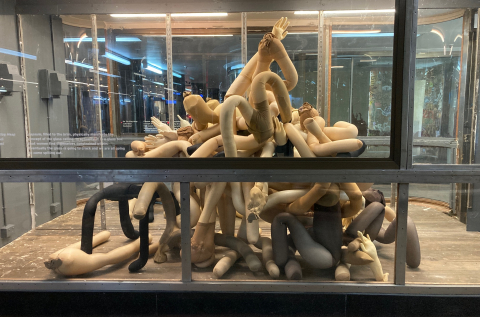 Exhibition: On the Slag Heap 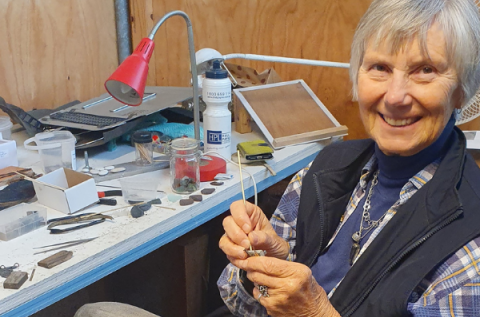 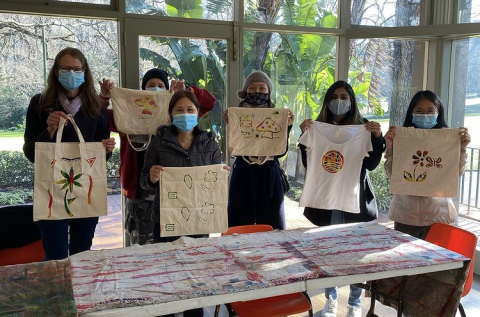